more_horiz
I. The
following questions illustrate common health & pharmacognostical
problems that are often not handled ideally. Choose the correct answer.
More than one choice may be correct. (12M)

[1] Leaves usually occur in irregular matted fragments.
Slightly pubescent on the veins, the leaf is ovate in shape. The lamina
is simple, with an entire margin, an acuminate apex, and symmetric
base. These elements characterized:


[2] Related to point 1, which herb(s) could be used in mushroom poisoning. A


[3] Related to point 1, which herb(s) could be used as antihypertensive. D


[4] Related to point 1, which herb(s) have hallucinations effect. C


A. One of the chemotypes of Withania somnifera.


[6] An elderly woman complains of poor
circulation with symptoms of very arthritic joint pains, which of the
following herb(s) would be good choice(s) for reducing her pain?


[8] Related to point 6, which herb(s) would be antidote in case of intoxication with opium? A

[9] Related to point 6, which herb(s) would be a stronger effect on locomotors activity? B

[10] Contain over than 20 alkaloids with Aporphinic structure, with relaxant effect on smooth muscles. We are talking about:

[11] Related to point 10, which herb(s) would be choloretic and stimulates the secretion of bile? A & B

[12] Related to point 10, which herb(s) would be with possible disruption of normal bowel flora if used long term. A

I. Draw the following structures: (12M)

From Strophanthus have very reduced
toxicity per oral than injection. They contain in position C5 un OH,
which meaning more solubility and rapid action but having short
duration than digitalis, without accumulation in organism and no attain
the toxic doses. The best active compound is G - strophanthoside or
ouabaioside.

The principal glycosides is convallatoxine, which on hydrolysis gives strophanthidine and (-) rhamnose.

[3] Using of licorice in traditional medicine in cases of hemorrhoids.

Presence of numerous flavonoids and isoflavonoids.

[4] The better taste of Gentiana radix.


The root of Gentian contains two bitter colored substance which give the bitter taste, there are gentisine and isogentisine.


IV. Discuss Briefly about only 3 of the following Questions:


The saponine are chiefly represented
by glycyrrhizin (glycyrrhizic acid) 3-5% of the weight of the dried
product. Numerous flavonoids and isoflavonoids have been isolated:
flavanones (liquiritine), chalcones (isoliquiritine) which hydrolyzed
upon drying. 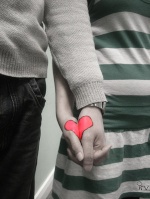